Node Version Manager (NVM) is a tool that allows you to install and manage multiple versions of Node.js on your machine. It's useful when you work on various projects that use different Node.js versions.

This article teaches you how to install it on macOS and the most common & useful NVM commands.

There are 3 ways to install Node Version Manager. You can use the cURL and wget commands or Homebrew.

Running any of the above commands starts the installation process. The process consists in:

If you decide to use Homebrew, make sure that you have it installed on your machine before running the following command:

Whichever option you decide to use accomplishes the same thing. Though, it's important to mention that you need to do a little more work if you choose Homebrew.

If you used the cURL or wget command, restart the terminal to start using NVM. Or you can run the following command to use NVM without restarting the terminal: 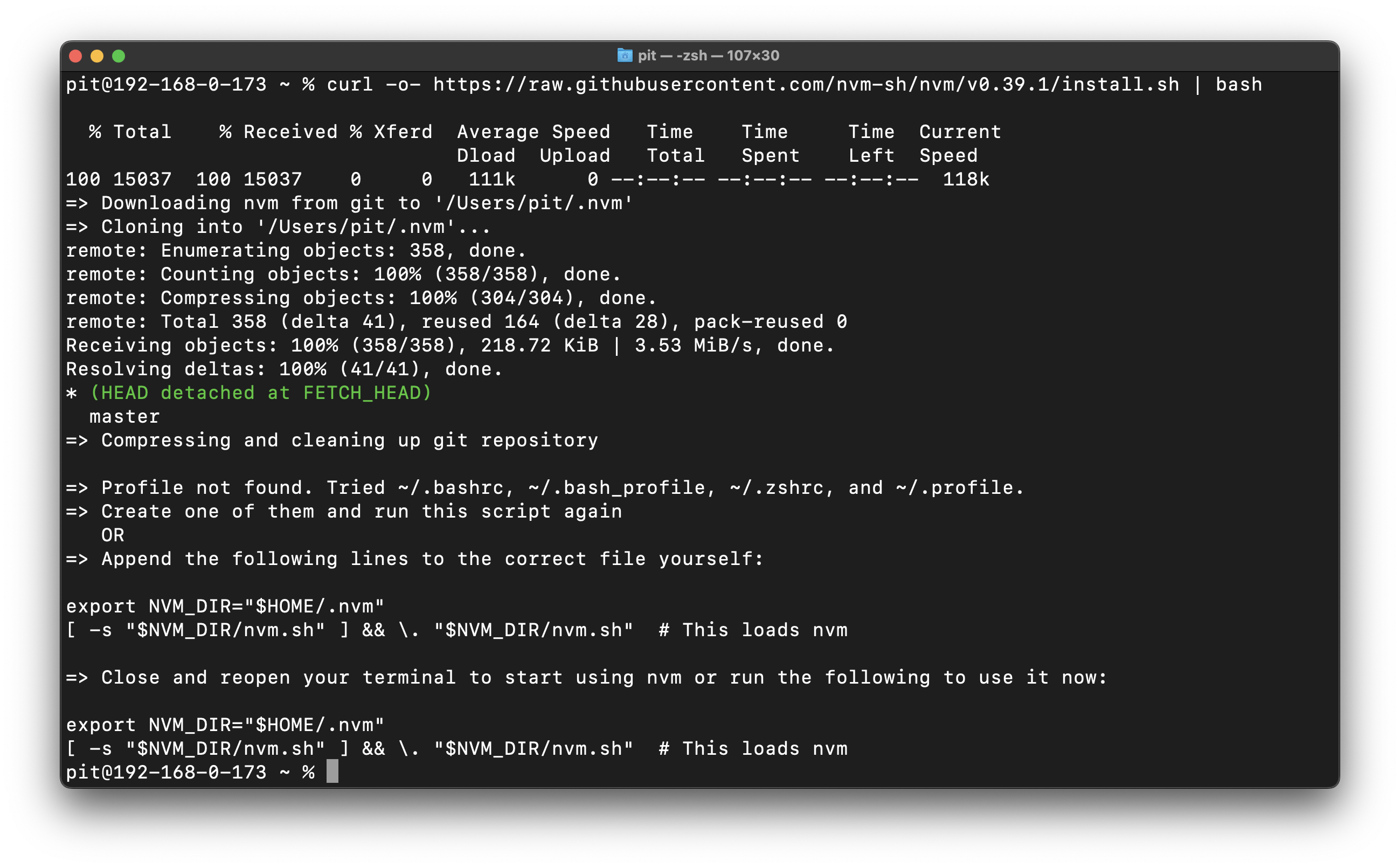 You are done and ready to use the NVM!

If you used Homebrew, there are some additional steps you need to perform. Firstly, create the .nvm directory:

Then add the following script to your profile file:

Lastly, restart the terminal or execute the newly added script as follows:

You are done, and you can start using the Node Version Manager!

Now that you have Node Version Manager installed, it's time to learn some of the most common commands.

The following command lists all the Node versions available for download:

There are many Node versions available, so it will take a while until the command finishes.

Once you decide on a specific version, you can install it as follows:

Or, if you want to install the latest Node version, you can run:

Lastly, you can also install the latest LTS Node version as follows:

You have 4 ways of installing a Node version. Use the one that fits your needs and requirements!

If you want to list all the Node versions installed on your machine, you can do it as follows:

Note: The above command lists only the Node versions installed on your machine, not the versions available for download.

Use a Node version

Once you know the Node version you want to use, you can use the following command to select it:

The NVM tool provides an easy and efficient way of managing multiple Node.js versions. By the way, if you are looking to supercharge your Mac terminal, I wrote an article that helps you improve your terminal with iTerm2 + Oh-My-Zsh.

My 1st Time Speaking at a Developer Conference

In this article, I talk about my experience as a speaker and attendee at my first developer conference.…